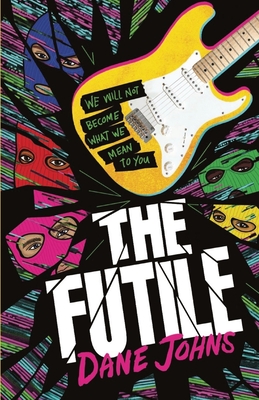 In a near future world, where critics of the authoritarian leader are imprisoned and media has become a state sponsored tool for repression, one punk rock band goes on the road to start a revolution with their music.

But the members of The Futile are fighting more than just the upcoming (and likely rigged) re-election of J. R. Rankin-the man who decides what art, music, books and news can be consumed by the public. When one of their own secretly brings The Futile to the attention of state media and causes them to be a target for Rankin himself, the band-and some of their family members-find themselves on the run. They won't be silent. They will stick with their very public and very dangerous plan to take down Rankin-even if they might not make it out of this final act of rebellion and revolution alive.

Written with plenty of humor and heart, The Futile is ultimately a book about how people have the power to change themselves-and their world-even in the darkest of times.