The Genuine Cajun Cookbook: From Louisiana to Your Table (Paperback) 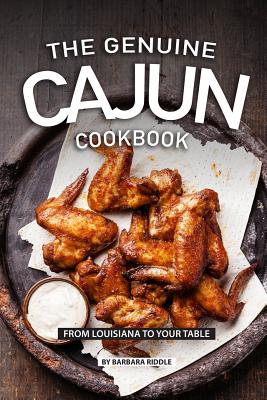 The Genuine Cajun Cookbook: From Louisiana to Your Table (Paperback)


Not On Our Shelves—Ships in 1-5 Days
(This book cannot be returned.)
If you think of Cajun food, you are probably thinking spicy. Spices definitely dominate Cajun dishes. However, Cajun cuisine has its basis in French cooking. The people who settled in New Orleans and Louisiana were mostly French, and that is reflected in the recipes in The Genuine Cajun Cookbook.When these French settlers arrived, they found an abundance of seafood in the Gulf of Mexico, such as shrimp, crawfish, crabs, and other seafood. The bounties of the sea became a huge part of Cajun cooking, from Jambalaya, crawfish, and seafood stews. Many of these dishes are hotter than August, but you can control the heat, allowing everyone to enjoy a bit of Bayou living.After enjoying one of the delectable dishes from The Genuine Cajun Cookbook, relax over a cup of coffee and one of Louisiana's wonderful pecan desserts.