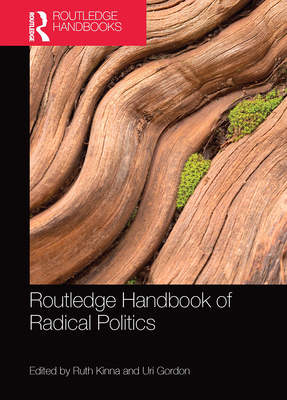 Successive waves of global protest since 1999 have encouraged leading contemporary political theorists to argue that politics has fundamentally changed in the last twenty years, with a new type of politics gaining momentum over elite, representative institutions. The new politics is frequently described as radical, but what does radicalism mean for the conduct of politics?

Capturing the innovative practices of contemporary radicals, Routledge Handbook of Radical Politics brings together leading academics and campaigners to answer these questions and explore radicalism's meaning to their practice. In the thirty-five chapters written for this collection, they collectively develop a picture of radicalism by investigating the intersections of activism and contemporary political theory. Across their experiences, the authors articulate radicalism's critical politics and discuss how diverse movements support and sustain each other. Together, they provide a wide-ranging account of the tensions, overlaps and promise of radical politics, while utilising scholarly literatures on grassroots populism to present a novel analysis of the relationship between radicalism and populism.

Routledge Handbook of Radical Politics serves as a key reference for students and scholars interested in the politics and ideas of contemporary activist movements.

Ruth Kinna is a professor of Political Theory at Loughborough University where she specialises in nineteenth- and early twentieth-century socialist thought and contemporary radical politics, particularly anarchism and the utopianism of prefigurative politics. Since 2007, she has been the editor of the journal Anarchist Studies. She is the co-founder of the Anarchism Research Group and co-convenes the Anarchist Studies Network. She is the author of Kropotkin: Reviewing the Classical Anarchist Tradition and The Government of No One.Uri Gordon is formerly the co-convenor of the Anarchist Studies Network and has taught political theory at universities in Britain and Israel. He has been active in climate justice, Palestine solidarity and anti-capitalist movements in both countries. Uri is the author of Anarchy Alive! Anti-Authoritarian Politics from Practice to Theory and the co-editor of the monograph series Contemporary Anarchist Studies. His recent publications include a conceptual genealogy of prefigurative politics and a collaborative article on co-production in social and political theory. His work has been translated into thirteen languages.