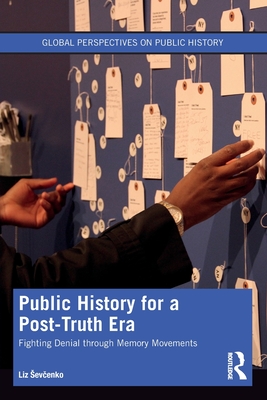 Public History for a Post-Truth Era explores how to combat historical denial when faith in facts is at an all-time low. Moving beyond memorial museums or documentaries, the book shares on-the-ground stories of participatory public memory movements that brought people together to grapple with the deep roots and current truths of human rights abuses. It gives an inside look at Sites of Conscience around the world, and the memory activists unearthing their hidden histories, from the Soviet Gulag to the slave trade in Senegal. It then follows hundreds of people joining forces across dozens of US cities to fight denial of Guant namo, mass incarceration, and climate change.

As reparations proposals proliferate in the US, the book is a resource for anyone seeking to confront historical injustices and redress their harms. Written in accessible, non-academic language, it will appeal to students, educators, or supportive citizens interested in public history, museums, or movement organizing.

Liz Sevčenko is Founding Director of the Humanities Action Lab, currently homed at Rutgers University-Newark, and was the Founding Director of the International Coalition of Sites of Conscience. She organizes coalitions for historical memory and redress, combining the visions and forces of people working in public history, social movements, and transitional justice. She lives in Brooklyn.