Contemporary Australian Playwriting: Re-Visioning the Nation on the Mainstage (Paperback) 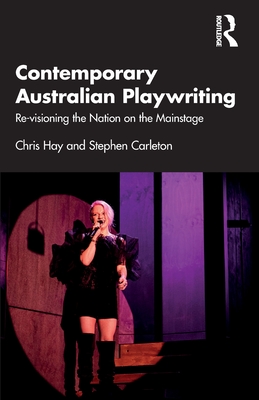 Contemporary Australian Playwriting: Re-Visioning the Nation on the Mainstage (Paperback)

In 2007, the most produced playwright on the Australian mainstage was William Shakespeare. In 2019, the most produced playwright on the Australian mainstage was Nakkiah Lui, a Gamilaroi and Torres Strait Islander woman. This book explores what has happened both on stage and off to generate this remarkable change. As writers of colour, queer writers, and gender diverse writers are produced on the mainstage in larger numbers, they bring new critical directions to the twenty-first century Australian stage. At a politically turbulent time when national identity is fractured, this book examines the ways in which Australia's leading playwrights have interrogated, problematised, and tried to make sense of the nation. Tracing contemporary trends, the book takes a thematic approach to the re-evaluation of the nation that is dramatized in key Australian plays.

Each chapter is accompanied by a duologue between two of the playwrights whose work has been analysed, to provide a dual perspective of theory and practice.

Chris Hay is Professor of Drama at Flinders University in South Australia. He is an Australian theatre and cultural historian, whose research analyses subsidised theatre for what it can reveal about national identities and anxieties. He previously held appointments at the University of Queensland, and the National Institute of Dramatic Art (NIDA). Stephen Carleton is Associate Professor of Drama at the University of Queensland. His plays have won the Patrick White Playwrights Award and the Griffin Award for Best New Australian Play. He teaches and researches Australian drama, Gothic drama, playwriting, and theatre historiography.