The Science of Everything (Paperback) 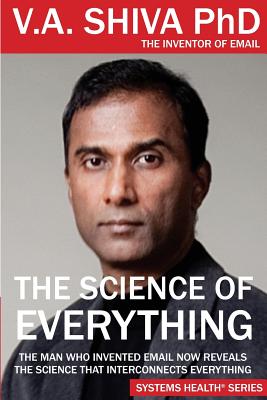 The Science of Everything (Paperback)

By V. A. Shiva Ayyadurai

The Science of Everything refers to a fundamental problem in science since the early 20th century. Albert Einstein was preoccupied with it for most of his later life. It has been a challenge which Stephen Hawking has grappled with. Put very simply, the problem in physics involves integrating Einstein's theory of gravitation -- which describes space, time, and matter on the vast scale of the whole universe from planets to galaxies -- with quantum mechanics, which deals with the smallest possible scale of elementary particles. So far no one in physics has been able to describe or demonstrate the unity of the forces which traverse across these infinite spatial scales -- not Einstein, and not Stephen Hawking either. Dr. V.A. Shiva Ayyadurai has discovered the Science of Everything, although he is not a physicist. And, what he shares with you reveals a common set of principles that affects all systems from the infinitesimal to the infinite. It relates to his study of Systems Theory and is a practical set of principles that can be universally applied as you will learn in the book. Systems theory is a powerful unifying tool through which literally anything can be understood -- anything from biology to economics to human history and, especially, human health.