The Eighth Wonder of the World (Paperback) 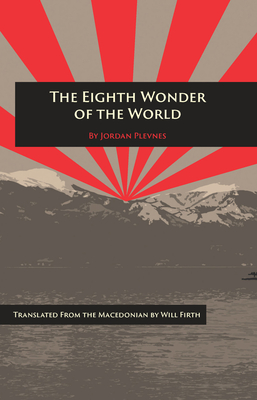 The Eighth Wonder of the World (Paperback)

By Jordan Plevnes, Will Firth (Translator)

In his novel The Eighth Wonder of the World, Plevnes takes his absurd sense of humor and undeniable wit on a search for a common ground in an uncommon world. His protagonist Alexandar Simsar during the last 3.3 seconds of his life in Berlin in 1989 (weeks before the fall of the Berlin Wall), envisions the creation of a monument--an eighth wonder of the world--that would embrace all humanity in all its layers and countenances. Plevnes's preoccupation with the role of beauty in the context of social, religious, and cultural differences is front and center, as is his central question: Does humanism have a prospect of survival in the future of humankind? Plevnes suggests that survival and idealism can be found in beauty and art --and that only beauty and art have the power to save the world.

Jordan Plevnes was born in 1953 in Macedonia. He writes plays, novels poetry and essays. His work has been translated into over 50 languages. His spiritual idealism is closely linked to the myth of the Balkans as the heart of Europe. Since 1988 he has lived in Paris. He was Ambassador of the Republic of Macedonia to France, Spain, Portugal and UNESCO. His plays R, The Fall of Albert Camus and Happiness is a New Idea in Europe received international recognition throughout Europe and the United States. His play The Eternal House will be featured in 2021 at the Macedonian National Theater in Skopje under the leadership of American experimental theater director Robert Wilson.Will Firth was born in 1965 in Newcastle, Australia. He studied German and Slavic languages in Canberra, Zagreb, and Moscow. Since 1991 he has been living in Berlin, Germany, where he works as a freelance translator of literature and the humanities. Firth translates from Russian, Macedonian, and all variants of Serbo-Croatian. His best-received translations of recent years have been Robert Perisic's Our Man in Iraq, Andrej Nikolaidis's Till Kingdom Come, and Faruk Sehic's Quiet Flows the Una.