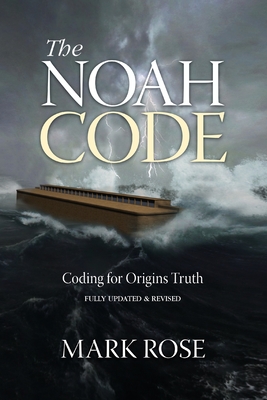 The Flood of Noah was a true event impacting the spiritual, historical and scientific realms of mankind. The Noah Code promises to shed new interpretive light on the Genesis account from both the Bible and science. Covering a number of late-breaking yet little known discoveries, this work promises to be an enlightening read and a challenge to modern origins thought. In this new edition, new information regarding current dinosaur finds (e.g. skin coloration, Canada 2019) and magnetic field/polar movement are noted, both of which were predicted in my earlier edition. Sadly however, so was the spiraling decline in moral values, playing out on the world scene as we see the moral prinicapals of the Bible ingored and even being outlawed, rapidly being replaced with subjective amoral one, bringing us closer to the final judgement where Jesus himself warns us all: "Just as it was in the days of Noah, so shall it be at the coming of the son of man. Matthew 24:37

From the Himalayas to the Andes, and South Africa to Antarctica, scientists agree that the remains of a past cataclysm are found everywhere. In this new book, The Noah Code, author Mark Rose sets out to reveal the truth about these finds and much more. A compilation of over 40 years of study and field research, Rose logically and honestly sets the record straight about the Flood as recorded in Genesis in easy to understand terms. His conclusions are shocking.

Noah Code speaks a new and exciting message into the Flood account as recorded in Genesis. The volume provides a concise overview of the original Hebrew text, and further seeks to unravel the true character of this man called Noah. For those of faith, Noah Code provides a refreshing look at evidence a century missing, as well as shocking late-breaking finds from science. For the curious or skeptic, the volume will likely shake their faith in institutional science and geology, bringing new respect for views once thought religious or scientifically backward. The appendix boasts an excellent compilation of evidence both new and old, including contributions by the founders of science such as Cuvier, Woodworth, Dana, Howorth and even Darwin. Included are scientific finds of modern times, sure to lift many an eyebrow.

Scriptural Insights from The Noah Code

Highlights from Science found in The Noah Code

Mark Rose is a patent holding engineer and trained geology researcher. He has worked in the mining industry around the world for over 30 years.

He lives near Albany, Oregon