Boughton: The House, Its People and Its Collections (Hardcover) 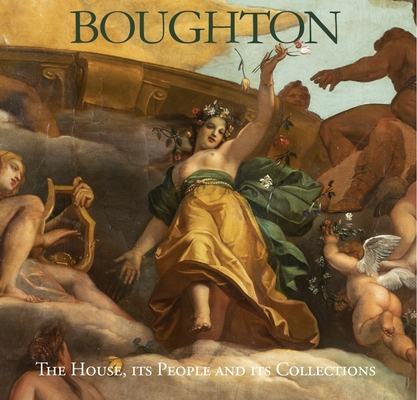 Boughton: The House, Its People and Its Collections (Hardcover)


Coming Soon—Pre-Order Now
In this sumptuous portrait of the house known as 'the English Versailles', the Duke of Buccleuch sets the scene with a history of his ancestors, the Montagus of Boughton, who acquired the manor in Northamptonshire in the reign of Henry VIII.

Ralph, 1st Duke of Montagu (1638-1709), Charles II's envoy to Louis XIV, transformed Boughton into a palatial homage to French culture. His son John, the 2nd Duke, was noted for planting long avenues, a love of heraldry, a fondness for practical jokes and the ancient lion he nursed in one of the courtyards. The book showcases Boughton's magnificent painted ceilings, tapestries and S vres porcelain. The celebrated art collection also includes striking portraits of Elizabeth I, Charles II and his son the Duke of Monmouth, another Buccleuch ancestor. Van Dyck's friends and contemporaries cluster in the Drawing Room in dozen of grisailles. Most eye-catching of all is the portrait of Shakespeare's muses, the Early and Countess of Southampton. A grand tour takes in the French-inspired fa ade, the formal State Rooms and the Tudor Great Hall, with their painted ceilings, flamboyant French furniture and the oldest dated carpet in Europe - before moving to the park, with its avenues of soaring limes, network of lakes, and dramatic new sunken pool.