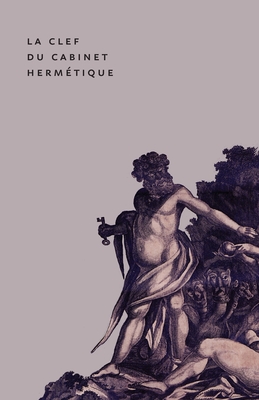 Composed in Middle French, and preserved in an eighteenth-century manuscript which strongly influenced Fulcanelli, The Key to the Hermetic Sanctum presents itself with a singular purpose: to unlock the symbolic philosophy of the Emerald Tablet in order to provide the foundations of alchemical practice.

Previously unknown apart from some captivating citations from Fulcanelli, this mysterious text recently surfaced among the manuscripts of the Gallatins, a family of Swiss provenance who rose to prominence among the founding fathers of the United States of America. Originating specifically from the personal collection of Albert H. Gallatin-a professor of chemistry, geology, and mineralogy who devoted himself to the study of ancient langauges in order to understand alchemical texts-this manuscript is of singular interest to scholars of religion, historians of science, and practitioners of the royal art.

Translated into English for the very first time, The Key to the Hermetic Sanctum (La Clef du Cabinet Herm tique) appears here in a dual-language edition featuring a carefully prepared edition of the French text alongside a clear English translation. This copiously annotated volume comes with an introduction exploring the figure of Gallatin and his possible connections to Fulcanelli-one of the twentieth century's most enigmatic alchemists-together with an appendix clarifying the relationship of this work to other texts known under similar names.