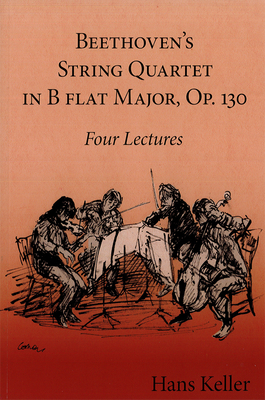 
Special Order—Subject to Availability
In 1973, at the invitation of Alexander Goehr, then Professor of Music at Leeds University, Hans Keller gave four lectures on Beethoven's String Quartet in B flat Major, Op. 130, illustrated by the Aeolian Quartet. They were in part a response to Joseph Kerman's newly published monograph on The Beethoven Quartets, and in part a demonstration of his "two-dimensional theory" of music, which posits a vital tension between "well-defined expectations" and '"what the composer does instead". These lectures have now been transcribed, and appear in print here for the first time: they form Keller's most substantial examination of a single chamber work. Keller had intended a full-length monograph on the quartet, but never got further than three chapters, of which the second, on "String-quartet Playing", is included here along with related materials (the other chapters largely replicate the lectures). The book comes with a supplementary volume of music examples, including the entire score of Op. 130, and is illustrated with lively string-quartet drawings by Keller's wife, Milein Cosman.