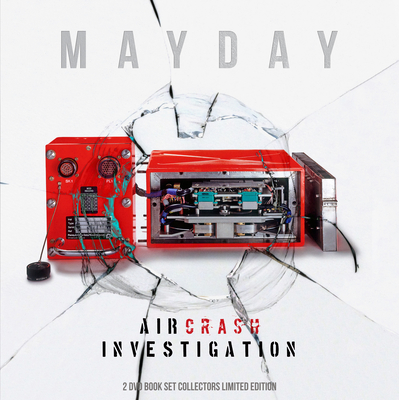 
Not On Our Shelves—Ships in 1-5 Days
From the fearless test pilots and the very first commercial jet airliners of the post war years the Constellation and the Comet. With in depth analysis of some of the most well known plane crashes and the investigations by the worlds leading experts in a race to discover the causes of each crash. This exclusive edition includes 2 DVDs of the television series Mayday, Air Crash Investigation investigating air crashes, near-crashes, hijackings, bombings and other disasters. Mayday uses re-enactments and computer generated imagery to reconstruct the sequence of events leading up to each disaster. In addition, aviation experts, retired pilots and crash investigators are interviewed explaining how these emergencies came about, how they were investigated and how they could have been prevented.
Bruce Hales-Dutton's professional involvement in aviation goes back a long way. Having started as a newspaper journalist in the 1960s he became a senior press officer at the Department of Trade and Industry, a role which involved him in the development of major news stories such as the start of Concorde services to North America and the debate about London's third airport. Later he moved to the British Airports Authority as a media relations specialist and then to the Civil Aviation Authority. He was the CAA's head of public relations when he retired in 2000. Today Bruce combines his journalistic skills with a life-long interest in aviation as a regular contributor to aviation magazines on current aviation industry topics and historical subjects. He is the author of a publication on the BAC One-Eleven and a volunteer steward at the Brooklands Museum