The Architects of Existence: Aje in Yoruba Cosmology, Ontology, and Orature (Hardcover) 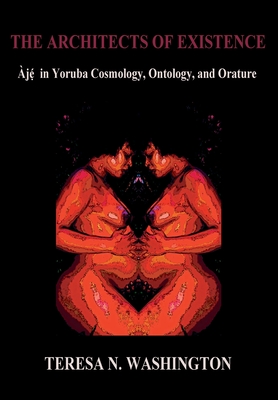 The Architects of Existence: Aje in Yoruba Cosmology, Ontology, and Orature (Hardcover)

With her first book, Our Mothers, Our Powers, Our Texts: Manifestations Aje in Africana Literature, Teresa N. Washington reveals the Pan-African power and profundity of Aje and its myriad sister systems in Pan-African literature and culture. In The Architects of Existence: Aje in Yoruba Cosmology, Ontology, and Orature, Washington undertakes an in-depth exploration of Aje's Yoruba Gods, origins, and manifestations to reveal the force's vast depth, complexity, and scope. By analyzing diverse sources, including published studies, historical texts, divination verses, and interviews with Yoruba wisdom keepers, Washington elucidates the multifaceted and complex nature of Aje and reveals the power to be extraordinarily profound, influential, and logical. Washington's meticulous exposition of Aje includes chapters on the multifold power of Odu, the Great Mother; Aje's signs, symbols, and orders of operation; manifestations of Aje in the Odu Ifa; the roles of Aje in Yoruba secret societies and sacred institutions; and the impact of Aje on some of the Yoruba world's most influential sons, including Olatubosun Oladapo, Wole Soyinka, Toyin Falola, and Fela Anikulapo Kuti. The Architects of Existence is a groundbreaking study that will be essential reading for scholars of Yoruba Studies, Philosophy, African Studies, Gender Studies, Religious Studies, and Comparative Religions. Scholars, initiates, and practitioners of Yoruba spiritual arts and sciences will find this book to be indispensable.