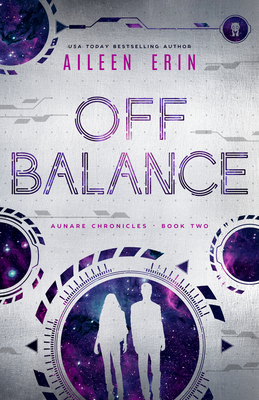 
Special Order—Subject to Availability
(This book cannot be returned.)
“In this bleak world, one spark of hope soon turns into an inferno. And just like a fireball, once this story is ignited, it just doesn’t stop.” — Maria V. Snyder, New York Times bestselling author of Navigating the Stars.

Broken, beaten-down, and plagued by nightmares, Amihanna di Aetes is surrounded by the Aunare race that makes up the other half of her heritage, but she feels alien amongst them. She’s not sure which is worse: SpaceTech’s overt hatred of Aunare or the Aunare’s covert hatred of halfers. She hears their whispers whenever she enters a room and sees her death reflected in their eyes. Amihanna doesn’t know who to trust anymore, but she hasn’t survived this long by ignoring the warning signs all around her, especially when her instincts are screaming that a familiar choice is coming: flee or fight.

Her parents assure her everything is okay—that there won’t be any reason for her to fight, let alone flee—but with Amihanna’s sudden return, questions arise among the Aunare: who should be blamed for the start of a full-scale war with SpaceTech, how much danger will the war bring, and is Amihanna truly fit to be the next high queen?

Honestly, Amihanna wants to forget all the politics, her betrothal to Lorne, and the possibility of being queen. Her needs are much more basic. All she wants is a solid night’s sleep where she doesn’t wake up screaming with the phantom pain of her skin burning. All she needs is to live without fear of a mob tearing her away from her family. All she hopes for is a chance to dream of a future instead of constantly fighting for her right to live.

And yet, somehow, everything she does leads her back to Lorne. He always seems to know when she’s about to break under the pressures of her new life. His quiet patience is wearing Amihanna’s protective walls down, and she’s terrified of what will happen if they fall.

"This has definitely sucked me in and I really am now invested in what's to come..." - Becky Bookworm
USA Today bestselling author Aileen Erin is half-Irish, half-Mexican, and 100% nerd—from Star Wars (prequels don’t count) to Star Trek (TNG FTW). She geeks out on Tolkien's linguistics, and has a severe fascination with the supernatural. Aileen has a BS in Radio-TV-Film from the University of Texas at Austin, and an MFA in Writing Popular Fiction from Seton Hill University. She lives with her husband and daughter in Los Angeles, and spends her days doing her favorite things: reading books, creating worlds, and kicking ass.

Aileen is proud to announce her new YA space opera series Aunare Chronicles, beginning with Off Planet. On a polluted Earth where only corporations hold sway, Maité Martinez is the daughter of an Earther Latina and a powerful Aunare man, an alien race that SpaceTech sees as a threat. When tensions turn violent, Maité finds herself trapped on Earth and forced into hiding.

Her fans call her stories "jaw dropping," "electrifying," "amazing," and "bloody brilliant." Bloggers say "Erin's world-building is excellent and her characters are big and bold"(Escape Into Worlds) and every book is "a magnet that just keeps pulling until you feel as if you are falling down, down, down right into its world" (Tempest of Books). Aileen Erin is the founder and CEO of Ink Monster, building worlds filled with girl power and happily ever afters. You can find her at www.aileenerin.com or on Instagram @aileenerin.