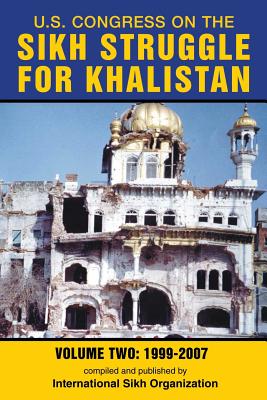 By International Sikh Organization (Compiled by)


Not On Our Shelves—Ships in 1-5 Days
(This book cannot be returned.)
Dr. Gurmit Singh Aulakh was born in 1938 in district Lyallpur, now Faislabad, West Panjab. Dr. G.S.Aulakh graduated with a BS in Agriculture in 1958 from Khalsa College, Amritsar, Panjab. In 1965, he migrated to the United Kingdom. Before moving to the United Sates of America in 1970, he had completed his postgraduate Teachers Training from Jordan Hill College of Education, Glasgow, Scotland. He then taught general science for one year. After arriving in the US he did his MS in Genetics from North Carolina Central University, Durham, NC, and his PhD from Howard University, Washington, D.C. Subsequently, he did his post doctorate assignment at the National Institute of Health, Bethesda, MD, and was a Senior Staff Fellow at the Bureau of Biologics as a special expert in the laboratory of Oral Medicine. He was the first scientist to demonstrate the presence of virus related genes in human tumor tissues and absence in the normal tissue from the same patient, thus postulating the viral etiology of cancer. He did this pioneering work in the Tumor Cell Biology laboratory headed by Dr.Robert Gallo who later was credited for the isolation of the Aids Virus. Dr. G.S. Aulakh tested the swine flu vaccine in 1976 for contaminating cancer-causing virus before it was released for public consumption in the US. Dr. G.S. Aulakh held further academic and research assignments, as a research scientist for more than two years at the Harvard Medical School, Boston, MA, before moving to Washington, D.C. Dr. G.S. Aulakh has been credited for more than 27 scientific publications in various scientific journals and chapters in university level books pertaining to his research work. Since June 1986, he has been peacefully leading the Sikh Struggle for the freedom of, "Khalistan". The Sikh Nation declared its independence on October 7, 1987 from India. His work on the freedom and independence of Khalistan has been enormous. A man of impeccable integrity, who has been extremely vocal, by lobbying the 'Sikh Cause' on Capitol Hill, in the US Congress. Thanks to Dr. G.S. Aulakh, hundreds upon hundreds of statements by the US legislatures have been entered into Congressional Record which is permanent] about the denial of basic civil rights, human rights violations, torture, rape, persecution, murder and Genocide of the Sikh Nation. Dr. G.S. Aulakh has preserved the Sikh History since 1984 in the Congressional Record, which the Indian Government is trying desperately to alter. Part of this information can be found at www.khalistan.com.