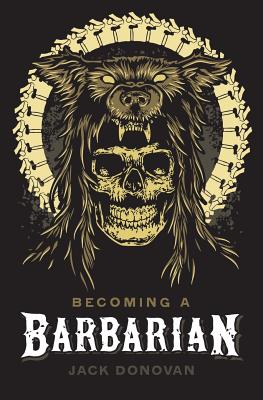 
Not On Our Shelves—Ships in 1-5 Days
(This book cannot be returned.)
Becoming a Barbarian is a follow-up to Donovan's cult hit, The Way of Men. Good, modern, "civilized" Western men today are expected to think like "citizens of the world" - obligated to everyone and no one. Natural, meaningful tribal connections have been substituted with synthetic, disposable consumer identities. Without a sense of who they are and what group they have a place in, modern men are becoming increasingly detached, disoriented, vulnerable, and ever more easily manipulated. Becoming a Barbarian attacks the emasculated emptiness of life in the modern West - "The Empire of Nothing" -and shows men how to think tribally again. It reveals the weaknesses of universalistic thinking, and challenges readers to become the kind of men who could go "all-in" and devote their lives to one group of people above all others. Becoming a Barbarian is about finding a tribe, finding a purpose, and choosing to live the kind of life that undermines the narrative of the Empire.