Kuyanuka and other Plays (Paperback) 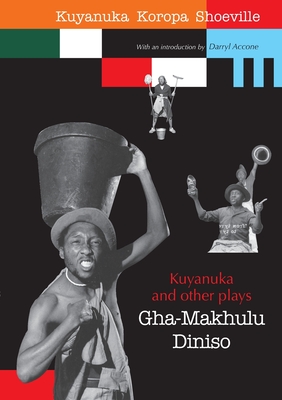 Kuyanuka and other Plays (Paperback)

As critic Darryl Accone observes:
"It is precisely because of his conscience and commitment to true freedom that Diniso remains an artist neglected in his own country. Not for him complacency about the much lip-serviced Rainbow Nation, a least not while the stench of inequality not only persists but grow fouler by the day. There is no extravagant escapism imported from abroad and peddled to the nouveaux riches and petite bourgeois of the New South Africa."

Instead though the creation of multiple characters reflecting the harshness of life under the neo-liberal economic order, Diniso expresses the problematic of celebrating political freedom when most black people find their living standards under threat and soaring unemployment and casualization undermining much of the early liberation promise.