Secrets of the Gem Trade: The Connoisseur's Guide to Precious Gemstones (Hardcover) 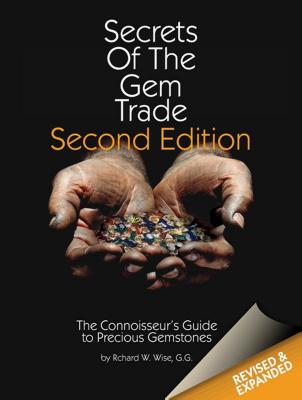 Secrets of the Gem Trade: The Connoisseur's Guide to Precious Gemstones (Hardcover)


Not On Our Shelves—Ships in 1-5 Days
Completely revised and expanded with 11 new chapters: Jade / Demantoid Garnet / Natural Nacreous Pearls / Conch Pearls / Sunstone / Moonstone / Peridot / Cobalt Blue Spinel / Red -Pink Spinel / Golconda (Type IIa) Diamonds. Five new introductory essay: Blue-white diamonds / Jadeite / Natural Pearls / Spinel / Feldspars. Plus 278 color photographs (171 additional) which include exclusive images from major museum collections and the latest auction market icons. The definitive book for anyone wanting to learn how the best gemologists in the world evaluate precious gems, and what makes one stone merely a good stone versus a truly fabulous museum quality gem. The author, Richard Wise, is one of the world's foremost gemologists.
Richard Wise is the author of two books, The French Blue (2010) is the winner of a 2011 International Book Award in Historical Fiction. The novel is set in the 17th century gem trade. The French Blue tells the back story of the Hope Diamond and the true life adventures of Jean-Baptiste Tavernier, arguably the world's most accomplished gem dealer/adventurer. Called "One of the world's foremost gemstone connoisseurs," Mr. Wise's first book, Secrets of The Gem Trade, The Connoisseur's Guide to Precious Gemstones, published in 2003, became both a commercial and critical success and is now considered a classic. Mr. Wise is a Graduate Gemologist. He began traveling internationally and writing about gemstones in 1986. To date, he has published more than forty articles many can be found on his popular blog, GemWise. His publications include Gems & Gemology, Jeweler's Quarterly and Colored Stone magazines. He has been Gemology Columnist for National Jeweler and Contributing Editor to Gemkey and Gem Market News. From the mines of Burma, to the Black Pearl farms of Tahiti, from the Australian outback to the Brazilian hinterlands, Richard Wise has visited most of the major gemstone producing areas of the world.