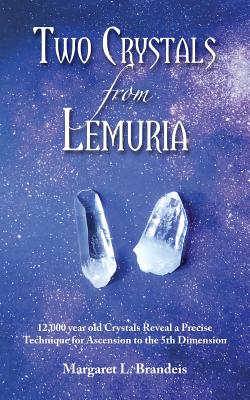 12,000 years ago when the Continent of Lemuria was destroyed and sank into the Pacific Ocean, two crystals from Lemuria's vast computer system were miraculously saved. They were hidden in a Brazilian Rain Forest for centuries until they were accidentally discovered by geologists in 1999. Programmed to bring knowledge into the future, the crystals ended up in the hands of Margaret Brandeis, who was taught how to download their data telepathically. Herein lies their fascinating accounts about Earth as a living DNA Library, life in ancient Lemuria, the Continent of MU, the nature of our Soul and detailed instructions for Humans who wish to Ascend to the 5th Dimension.