Ghosting: A Widow's Voyage Out (Paperback) 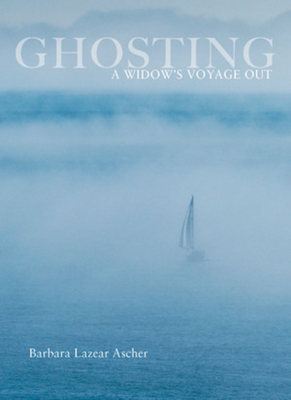 Ghosting: A Widow's Voyage Out (Paperback)

Winner of Pushcart’s Editors Book Award,Ghosting is a love story that is as much about life as it is about death.

Married at a young age to an older man , neither he nor she doubted that he would predecease her; but she discovers that there is no preparing for the loss a beloved. Their marriage was a passionate 35 year love affair, as if the odds against its longevity engendered a rare intensity. She discovers that love has no boundaries, grief is not eternal and ?her husband’s motto “Life is a love story” is so very true.

Ascher writes passionately about her unlikely marriage, her husband’s illness and death and her ensuing sorrow. A witness to the insanity that grief visits upon its victims with a seeming determination to destroy, she gazes straight into the eye of grief and does not blink. In time she moves beyond that grief - her voyage out.

Ghosting is, by turns, moving and funny, tender and brutal .

The wonder of Ghosting is that Ascher, like Montaigne, calls forth Everyman.

Pat Conroy on Dancing In The Dark:

“One of those books that wakes you up to the life you have failed to live,…What a wonderful book.”

Publishers Weekly on The Habit of Loving:?

”With her sharp, unflinching eye, she discovers wonder and truth at our very doorsteps.”

Boston Globe on Landscape Without Gravity:

Eudora Welty on Playing After Dark:

"Barbara Ascher has a serious mind and the gift of a light touch."

Barbara Lazear Ascher is the author of four nonfiction books: Playing After Dark (Doubleday), The Habit of Loving (Random), Landscape Without Gravity (Viking Penguin), and most recently Dancing In The Dark: Romance, Yearning and The Search for The Sublime (Harper Collins). She has been a columnist for The New York Times and Elle Magazine; and a book reviewer and ?contributor to NPR, The Yale Review, The Washington Post and many other newspapers and journals. She lives in Springs, New York on Long Island’s East End.
Love is as strong as death’ the Song of Solomon says, and Barbara Ascher’s powerful story, brilliantly told, dives headlong into both, taking the reader on a breathtaking adventure — yet one that , in the end, discovers that love may be even stronger than death.
— Elaine Pagels

So much tenderness resonates in this remarkably frank book about loving and living and dying. You will be gripped by the joyous care and superb telling here.
— Naomi Shihab Nye

A lovely, deeply felt account of that crucial passage we all hope we will never have to go through — losing a life partner.
— Adam Hochschild

A beautifully written memoir of marriage, love and death…a contemporary classic that people will give to each other for years to come.
— Amy Hempel