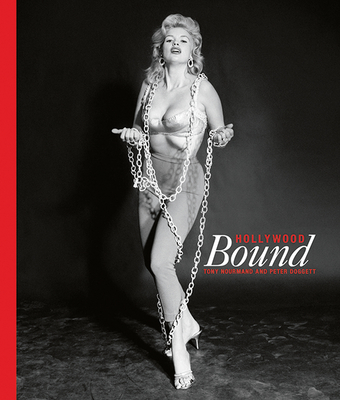 
Special Order—Subject to Availability
Hollywood was a city of extremes: not for Tinseltown the carefully judged subtleties of shot and tone that were the hallmark of the art-house auteurs. It demanded passion, thrills, suspense, violent outbursts of emotion and movement--and so for every protagonist sweeping his way across the screen with a silvery rapier or a sensuous leer, there had to be a victim, waiting to be tossed aside with contemptuous ease or devoured whole in a paroxysm of lust. And so it was that innocent maidens were pinned down by rapacious seducers; monstrous villains chained to receive their just desserts; valiant heroes manacled or trussed or viciously tied, awaiting the cruelest of tortures, physical or psychological--only to free themselves in the final reel, and carry off the equally endangered heroines to safety and starry-eyed romance. Researched and collated with typical stylish flair by editor Tony Nourmand and featuring insightful text by author Peter Doggett, Hollywood Bound is a photographic guide to the history of movie bondage.