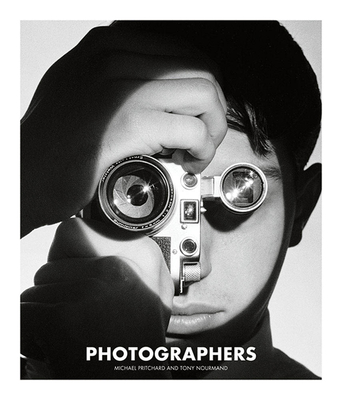 An extravagant photographic history of photographers and their cameras

An extravagant photographic history of photographers and their cameras, featuring over a century of striking images, Photographers celebrates the truly innovative men and women behind the camera; trailblazers in their field, who captured and immortalized our world.

This definitive and unique edition is a must-have for any coffee table. It shows rarely seen photographs of some of 20th-century photography's greatest names. From Henri Cartier-Bresson and Weegee, to David Bailey and Richard Avedon by way of the men and women of Life and Picture Post magazines as well as anonymous pressmen, they are all shown at work with their camera. Photographers shows photographers with their celebrity subjects, who range from the best-known Hollywood stars to players of sport, musicians and politicians. It also shows some of those same celebrities turning the camera back on to the photographer. Photographers shows off the classic cameras used by the press, photojournalists and fashion photographers. The Leica, the Nikon, the Pentax, the Rolleiflex and Speed Graphic are among the cameras shown in use. A section on wartime photographs shows aerial cameras in action. An introductory essay by one of the world's leading photographic specialists, Michael Pritchard, sets the photographers and their cameras within a wider context of the rapid growth in demand for photographs of celebrities from the 1890s and the development of celebrity culture associated with the rise of the movies from the 1920s.