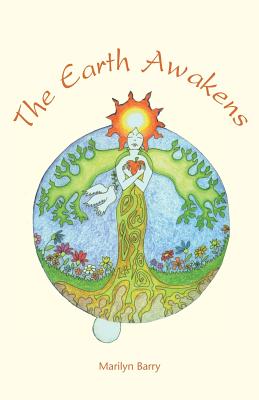 
Not On Our Shelves—Ships in 1-5 Days
(This book cannot be returned.)
The Earth Awakens replaces The Awakening Princess, being a new edition of that book with a new title. When Marilyn Barry found herself living in a house she had dreamt about six years earlier, she knew it was an omen, but nothing could have prepared her for what followed. The Earth Awakens is the inspiring true story of an inter-dimensional journey into the future from a past life in ancient Egypt when, during the reign of Akhenaten, the author took a major initiation in the Great Pyramid of Giza. The book describes her visions and mystical experiences, which include encounters with nature spirits, angels, spiritual masters and ETs. It is also a wake up call to the Rainbow Warriors who, according to the teachings of the Kalachakra Tantra, will return to defeat the Lords of Materialism and establish the Fifth World predicted by the Mayans. Described by its readers as enchanting, magical and full of love, joy and humour, The Earth Awakens is an epic celebration of both the visible and invisible world we inhabit. 'Clearing a way for the divine to shine into the darkest recesses of the Earth's collective psyche, Marilyn Barry has gone where most fear to venture. Both powerful and delicate, this book will change the way you look at yourself and the world.' Vivian King, Psychosynthesis Educator and author of Being Here When I Need Me.