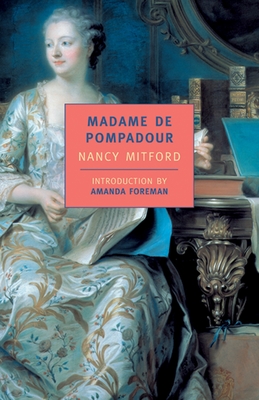 
Not On Our Shelves—Ships in 1-5 Days
When Madame de Pompadour became the mistress of Louis XV, no one expected her to retain his affections for long. A member of the bourgeoisie rather than an aristocrat, she was physically too cold for the carnal Bourbon king, and had so many enemies that she could not travel publicly without risking a pelting of mud and stones. History has loved her little better.Nancy Mitford's delightfully candid biography re-creates the spirit of eighteenth-century Versailles with its love of pleasure and treachery. We learn that the Queen was a "bore," the Dauphin a "prig," and see France increasingly overcome with class conflict. With a fiction writer's felicity, Mitford restores the royal mistress and celebrates her as a survivor, unsurpassed in "the art of living," who reigned as the most powerful woman in France for nearly twenty years.
Nancy Mitford (1904–1973) was born into the British aristocracy and, by her own account, brought up without an education, except in riding and French. She managed a London bookshop during the Second World War, then moved to Paris, where she began to write her celebrated and successful novels, among them The Pursuit of Love and Love in a Cold Climate, about the foibles of the English upper class. Mitford was also the author of four biographies: Madame de Pompadour (1954), Voltaire in Love (1957), The Sun King (1966), and Frederick the Great (1970)—all available as NYRB classics. In 1967 Mitford moved from Paris to Versailles, where she lived until her death from Hodgkin’s disease.

Amanda Foreman was born in London in 1968 and educated at Sarah Lawrence College, Columbia University, and Oxford University, where she received a Ph.D. in history. She is the author of Georgiana, Duchess of Devonshire, and A World on Fire; her new study, The World Made by Women: A History of Womankind from the Age of Cleopatra to the Era of Hillary Clinton, is forthcoming in 2016.