Portrait of the Son : A Tale of Love (The Theological Virtues Trilogy) (Paperback) 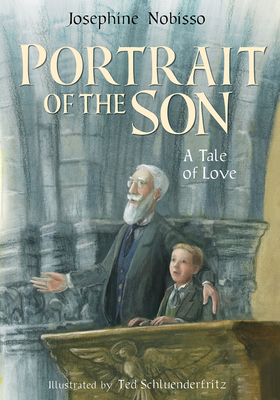 Portrait of the Son : A Tale of Love (The Theological Virtues Trilogy) (Paperback)


Not On Our Shelves—Ships in 1-5 Days
Here is a Christian allegorical story that treats of superlatives. The richest man in the world, with the most varied and treasured art collection in existence, begets the most wonderful son who, like himself, loves and appreciates every creation they possess. They relish entering the very worlds of their seascapes, landscapes, cityscapes and even abstract forms, but, most of al, they cherish their portraits, sharing in the very lives of their subjects. Under the father’s solicitous eye, and with their motherly estate keeper’s assistance, the exceptional son grows in wisdom and stature, extending his wealth to whomever wants it. What becomes of this son? And what later becomes of the treasures when the father decides to offer his immensely vast collection at auction? What superlative will be the most superlative of all? The man who wins the auction for the Portrait of the Son is in for the surprise of his life, and the would-be bidders witness a miracle of conversion. This is the long-awaited third volume in a trilogy of The Theological Virtues--faith, hope, and love--which began with THE WEIGHT OF A MASS, A Tale of Faith, and TAKE IT TO THE QUEEN, A Tale of Hope. Printed on the front and back underflaps are theological insights into the text and art of this story for all ages, for the true protagonists are the Persons of the Holy Trinity, the seen and unseen world of Creation, and the Blessed Virgin Mary.

www.5sparrows.com Portrait of the Son marks Josephine Nobisso’s 104th book, almost all of them for children, with several translated into various languages. (She, herself, is fluent in three languages, and conversant in four others.) Her work has won dozens of awards, and she has earned significant personal citations, the most recent being her investiture as “Honorary Dame” into the Order of Saint Michael of the Wing, a Roman Catholic, royal and dynastic order. The author has a special love for the arts, especially as they apply to picture books. Two of the only six original titles released by the publishing house she launched were short-listed for the Caldecott Medal. Throughout her 20’s, Miss Nobisso acted as representative for an art gallery in New York City, placing original prints into private and major museum collections. A mentor to many writers, she spent 25 years presenting 100 author programs and writing workshops per year, in an innovative method she developed, and she published a landmark children’s picture book, HOT CHA CHA!, which models myriad poetry styles, and includes an instructive essay with illustrative tips on the subject.