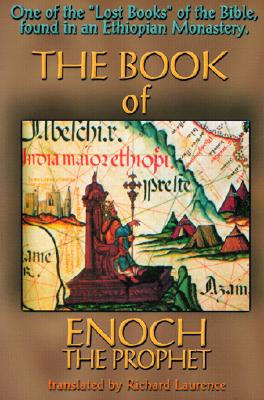 
Not On Our Shelves—Ships in 1-5 Days
This is a reprint of the Apocryphal Book of Enoch the Prophet which was first discovered in Abyssinia in the year 1773 by a Scottish explorer named James Bruce. In 1821 The Book of Enoch was translated by Richard Laurence and published in a number of successive editions, culminating in the 1883 edition. One of the main influences from the book is its explanation of evil coming into the world with the arrival of the fallen angels. Enoch acts as a scribe, writing up a petition on behalf of these fallen angels, or fallen ones, to be given to a higher power for ultimate judgment. Christianity adopted some ideas from Enoch, including the Final Judgment, the concept of demons, the origins of evil and the fallen angels, and the coming of a Messiah and ultimately, a Messianic kingdom. The Book of Enoch was ultimately removed from the Bible and banned by the early church. Copies of it were found to have survived in Ethiopia, and fragments in Greece and Italy. Like the Dead Sea Scrolls and the Nag Hammadi Library, the Book of Enoch, translated from the original Ethiopian Coptic script, is a rare resource that was suppressed by the early church and thought destroyed. Today it is back in print in this expanded, deluxe edition, using the original 1883 revised text.