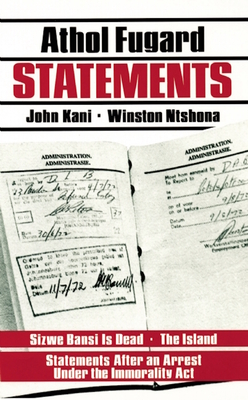 
Backordered
Developed in workshops with award-winning actors, these are the works in Fugard's canon that most directly confront the dehumanizing brutality of apartheid. Includes: Sizwe Bansi is Dead, The Island, and Statements After an Arrest Under the Immorality Act.
The New Yorker has said of Athol Fugard, A rare playwright, who could be a primary candidate for either the Nobel Prize in Literature or the Nobel Peace Prize. His major works for the stage include: Blood Knot; Master Harold...and the boys; My Children! My Africa!; A Lesson from Aloes; The Road to Mecca; Valley Song; and The Captain's Tiger.