The Bauhaus Ideal Then and Now: An Illustrated Guide to Modern Design (Paperback) 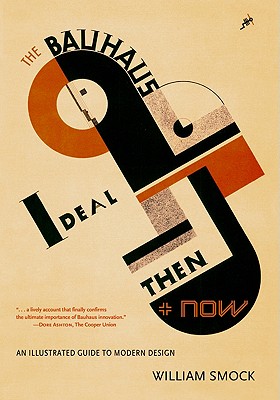 The Bauhaus Ideal Then and Now: An Illustrated Guide to Modern Design (Paperback)

The Bauhaus Ideal is both a picture book and a guidebook to the fascinating and enduring legacy of modernist design, and to the continuing influence of Bauhaus on interior design—not just on architecture, but also on furniture, glassware, tableware, and kitchen utensils: the whole range of domestic arts.

This unique volume introduces modern design principles and examines them from an historically critical perspective. It concludes with some ideas for melding modern solemnity with postmodern irony. And in each phase the illustrations speak as eloquently as the text—the whole serves as a beautifully illustrated design memo.

William Smock is a filmmaker and a designer. He has produced award-winning films, including a PBS TV portrait of Isamu Noguchi for American Masters with designer/filmmaker Hiro Narita. He lives in Berkeley, CA.

"Smock energetically examines the legacy of the Bauhaus, a post-World War II German school of design founded by Walter Gropius to replace Victorian-era design with machine-age style. Citing embodiments of the famous dictums "form follows function," "truth to materials," and the linking commandment "less is more," Smock analyzes visual efficiency and modernism's appeal to reason, especially in architecture. He posits, however, that modern art stopped looking new in the 1970s, when architects sought more personal and fanciful forms of expression, becoming more showbiz in their orientation than aesthetic in their fusing of high and low culture. Smock concedes that the excesses of modernism include dogmatic solemnity, but he finds designers who rebound to be "flashy and ephemeral," and argues that their mannerist decor exerts its own tyranny. Highly politicized, amply illustrated with pencil sketches, and featuring a detailed annotated bibliography, Smock's short and lively book is long on controversy and ideas."—  Whitney Scott, Booklist

" ... it's concise, fun to read, and beuatifully illustrated ... For students, this book should help to inspire new interest and what Modernism was/is all about."
-- Scott Klinder, Cranbrook Academy of Art