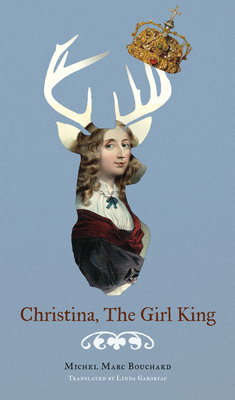 Michel Marc Bouchard's latest play tells the story of Queen Christina of Sweden, who wreaked havoc throughout northern Europe in the middle of the seventeenth century. An enigmatic monarch, a flamboyant and unpredictable intellectual, a woman eager for knowledge, and a feminist before her time, Christina reigned over an empire she hoped to make the most sophisticated in all of Europe.

In 1649, Christina summoned Ren Descartes to her court in Uppsala to share with her the radical new ideas emerging from science and philosophy at the time - ideas that contradicted long-held, faith-based views about the world. Astronomer Johannes Kepler had recently proposed the elliptical trajectory of planets - including Earth - around the sun, and Descartes himself contended, despite condemnation from the Church, that individuals, not God, determined their own destiny.

Descartes's ideas about free will and reason appealed to Christina, who was struggling to reconcile tensions between her rational, thinking self and emotions she dared not name - including her love for a woman. Rather than bow to pressure to conform to the expectations of a nation that demanded she give it an heir, the twenty-six-year-old queen abdicated her throne to convert to Catholicism - rendering her ineligible to rule, according to Swedish law. Was this an act of madness? Or a bold gesture of autonomy by a modern woman born out of her time - one whom the seventeenth century simply could not contain?

Christina, The Girl King premiered at the 2014 Stratford Festival.