Understanding the Bird of Prey (Paperback) 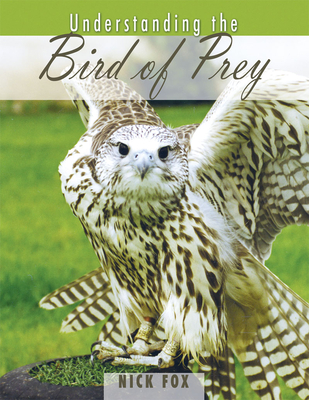 Understanding the Bird of Prey (Paperback)


Not On Our Shelves—Ships in 1-5 Days
(This book cannot be returned.)
UNDERSTANDING THE BIRD OF PREY is one the most comprehensive gathering of data on birds of prey ever assembled. The text is masterfully written in language that is easy to follow by Nick Fox, a leading professional raptor biologist, breeder and falconer. The text covers the biology of birds of prey, their capture management, breeding, training and rehabilitation. All sections have been critically reviewed by top international specialists for scientific accuracy. Over 290 technical drawings and 150 color photos aid the reader in the pursuit of understanding birds of prey.
Nick Fox was born and raised a country boy. Educated in England, Scotland and New Zealand, he has been a professional raptor biologist since 1974, publishing widely on Australasian Harriers, New Zealand Falcons, Northern Goshawks and Mauritius Kestrels. A falconer all his life, he has regularly flown fifteen raptor species at quarry and bred nine of them, including a world first, the New Zealand falcon. He hacks and trains about twenty large falcons a year, flying them at crows from horses in the old classical way, a severe practical test of scientific theory. A founder, twenty years ago, of the Raptor Association of New Zealand, and more recently of the Middle East Falcon Research Group, Dr. Fox has long been concerned with pulling together raptor enthusiasts from all disciplines and persuasions. As a consultant to the British Hawk Board for many years, he is acutely aware of the problems faced by birds of prey and of the divergent human attitudes toward them. Dr. Fox is Director of Falcon Management and Research at the National Avian Research Center of its breeding facility in the UK, and for research programs in the UK, the Middle East, and Kazakhstan.