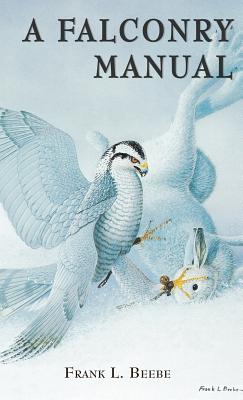 
Not On Our Shelves—Ships in 1-5 Days
(This book cannot be returned.)
A Falconry Manual is a comprehensive, extensively updated version of his out of print book- Hawks, Falcons and Falconry (Hancock House 1976) and The Compleat Falconer (Hancock House 1992). Drawing on over 50 years of field experience and research, Beebe presents an exhaustive summary of the behavior, capture, and training of the-birds-of-prey. It was Beebe's field studies and practical experience that led to his pioneering successes in breeding captive falcons in the early 1960s. His artistic talents not only contribute to the concise illustrations on how to capture and train birds but how to easily make all falconry hardware. One of the all-time best books for new Apprentices to learn about training a new hawk or falcon and one of the best selling falconry books ever produced.
Frank L. Beebe for 40 years has been one of North America's leading falconers. Born in Canada, he received his introduction to raptorial birds at the age of ten; since that time he has gained extensive experience in the trapping and training of raptors. He took the position as Zoo Curator in Vancouver in 1939 and later served on the Victoria Provincial Museum staff. Beebe took part in the pioneer expeditions to the Queen Charlotte Islands to study and collect the large maritime bird, Peale's Peregrine Falcon. The writer of many articles on falconry, Beebe's interest in the subject has kept him closely allied with the North American Falconry Association, the B.C. Falconry Club and the Falconry Club of America. Formerly a chief illustrator for the Provincial Museum, he lively drawings add an exciting dimension to this falconry manual. His previous books on the subject are largely responsible for the present status and popularity of this ancient sport. He is not only a leading Peale's and Gyrfalcon researcher but has been a pioneer falcon breeder. Probably more falconers and nature lovers have original Beebe paintings than those of any other artist. Few persons have experienced, let alone been able to capture with paint, the intricate working of the predator-prey responses as Frank. He flew his last flight on 15 November 2008.