The World Outside (Hardcover) 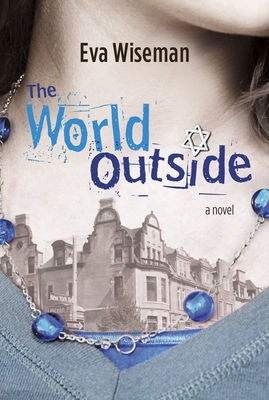 The World Outside (Hardcover)


Special Order—Subject to Availability
An informative and powerful novel, The World Outside explores the life of a teenage girl in a fundamentalist Hasidic community who dreams of a different future.
Seventeen-year-old Chanie Altman lives the protected life of a Lubavitcher Hasidic girl in Crown Heights, Brooklyn, New York, in 1991. Religion is the most important aspect of her life, and, like other Lubavitcher girls, she is expected to attend a seminary and to marry as soon as she graduates from high school. But Chanie has a beautiful voice and dreams of becoming an opera singer - a profession forbidden to a Hasidic girl. When she meets David, a non-Hasidic Jewish boy, he opens the portals to the world outside her fundamentalist community. The Crown Heights riots break out, and the Lubavitchers are put under siege by their African-American neighbors. A tragedy occurs. Will Chanie stay in the fundamentalist community she has always known in a life that has been prescribed for her, or will she leave it behind to follow her dreams?
Born in Hungary, EVA WISEMAN came to Canada with her family when she was a girl. Her first young adult novel, A Place Not Home, was a finalist for numerous literary awards across North America and was selected for the New York Public Library's annual Best Books for the Teen Age list. Her second novel, My Canary Yellow Star, was also shortlisted for several awards. Her novel No One Must Know was equally critically acclaimed and won the Manitoba Young Readers' Choice Award. Her novel Kanada was shortlisted for the Governor General's Literary Award and was the winner of the prestigious Geoffrey Bilson Award for Historical Fiction. Her novel Puppet won the McNally Robinson Book for Young People Award as well as being shortlisted for the Book of the Year for Children Award. Her most recent novel, The Last Song, was published to much critical acclaim.