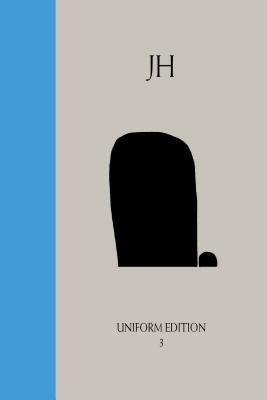 This is book number 3 in the James Hillman Uniform Edition series.

This volume, for the first time, collects James Hillman's running encounters with a primary psychological pattern, an archetype that arises alongside the very attempt to fashion psychological perspective. Senex and puer are Latin terms for "old man" and "youth," and personify the poles of tradition, stasis, structure, and authority on one side, and immediacy, wandering, invention and idealism on the other. The senex consolidates, grounds and disciplines; the puer flashes with insight and thrives on fantasy and creativity. These diverging, conflicting tendencies are ultimately interdependent, forming two faces of the one configuration, each face never far from the other. "Old" and "new" maybe the most direct terms for the pair.
The pioneering imaginative psychology of James Hillman that soon will span five decades has entered cultural history, affecting lives and minds in a wide range of fields. For the creativity of his thinking, the originator of Archetypal Psychology and author of A Terrible Love of War; The Soul's Code; and The Force of Character has received many honors, including the Medal of the Presidency of the Italian Republic. He has held distinguished lectureships at Yale, Princeton, Chicago, and Syracuse Universities, and his books have been translated into some twenty languages. The American public showed its appreciation of his approach to psychology by placing his book, The Soul's Code, at the top of the bestseller list of serious works of nonfiction. Of his many books, Spring Publications has published Anima, Loose Ends, Archetypal Psychology: A Brief Account, Pan and the Nightmare, Suicide and the Soul, Insearch, Oedipus Variations (with Karl Kerenyi), The Thought of the Heart and the Soul of the World, Inter Views, and Lectures on Jung's Typology (with Marie-Louise von Franz). He lives in Connecticut.