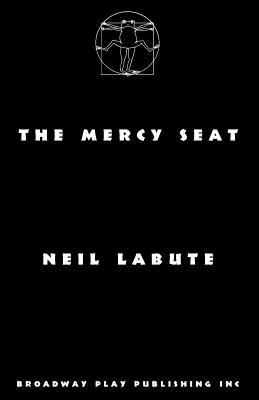 Set on September 12, 2001, THE MERCY SEAT continues Neil LaBute's unflinching fascination with the often-brutal realities of the war between the sexes. In a time of national tragedy, the world changes overnight. A man and a woman explore the choices now available to them in an existence different from the one they had lived just the day before. Can one be opportunistic in a time of universal selflessness?

"There is no playwright on the planet these days who is writing better than Neil LaBute ... THE MERCY SEAT is ... the work of a master." --John Lahr, The New Yorker

"An intelligent and thought-provoking drama that casts a less-than-glowing light on man's dark side in the face of disaster ... The play's energy lies in LaBute's trademark scathing dialogue." --Robert Dominguez, Daily News

"Though set in the cold, gray light of morning in a downtown loft with inescapable views of the vacuum left by the twin towers, THE MERCY SEAT really occurs in one of those feverish nights of the soul in which men and women lock in vicious sexual combat, as in Strindberg's DANCE OF DEATH and Edward Albee's WHO'S AFRAID OF VIRGINIA WOOLF?" --Ben Brantley, The New York Times

" A] powerful drama ... LaBute shows a true master's hand in gliding us amid the shoals and reefs of a mined relationship." --Donald Lyons, New York Post

"LaBute's intriguing new play] is most compelling when it is daring to look into a] character's heart to explore the way self-interest, given the opportunity, can swamp all our nobler instincts." --Charles Isherwood, Variety

"In THE MERCY SEAT ... LaBute has given us his most compelling portrait of male inner turmoil." --Brendan Lemon, Financial Times

"Sharply funny and incisive SEAT is not a response to September 11, but a response to the response to September 11 -- an emotionally jarring consideration of the self-serving exploitation of tragedy for personal gain ... Perhaps it's time we stop thinking of LaBute as a mere provocateur, a label that condescends to an artist of grand ambition and a nimble facility with language. With this gripping ... new drama, he probes deeper than he ever has before." --Jason Zinoman, Time Out New York

"A nihilistic yet brutally honest work ... As complex and unfathomable as human motivations ... THE MERCY SEAT is haunting." --David A. Rosenberg, Backstage

"LaBute risks offending contemporary sensibilities by using a historic tragedy as his turning point for a drama regarding a morally empty American ... THE MERCY SEAT is] controversial and compelling." --Michael Sommers, The Star-Ledger

"LaBute ... is holding up a pitiless mirror to ourselves. We may not like what we see, but we can't deny that -- if only in some dark corner of our soul -- it is there." --Jacques le Sourd, The Journal News