A Jew On Ethiopia Street (Paperback) 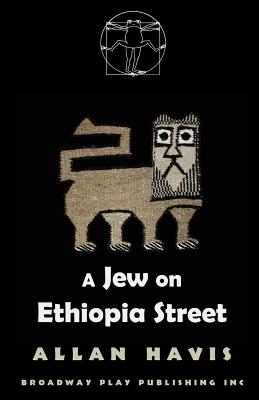 A Jew On Ethiopia Street (Paperback)


Not On Our Shelves—Ships in 1-5 Days
(This book cannot be returned.)
A promising Ethiopian soccer star in Israel is courted by an American sports agent. The athlete is involved with another Ethiopian who risks being deported. Meanwhile, there is also a reckless, clandestine operation afoot to airlift one last group of Falasha Jews from Ethiopia to Israel. "In 1996, Israel announced a blood shortage and urged its citizens to give generously. The Falasha-Ethiopian Jews who were new immigrants and eager to embrace their spiritual homeland-turned out in record numbers. A newspaper report later revealed that all of the Ethiopian blood had been discarded, untested, because of a fear of AIDS and other diseases. The Ethiopians were humiliated, and the Israeli government, thrust into damage control, recognized that the people rescued from oppression from Northeast Africa (through airlift operations nobly named 'Moses' and 'Solomon') were now facing discrimination in the very state meant to be a safe harbor for all Jews. Israel's complex relationship with the Falasha (which literally means 'stranger') provides the foundation for A JEW ON ETHIOPIA STREET, Allan Havis's new play." -Caroline Palmer, American Theater "A play about the fascinating story of Ethiopian Jews." -Max Sparber, Citypages.