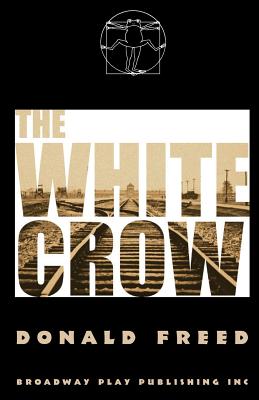 
Not On Our Shelves—Ships in 1-5 Days
(This book cannot be returned.)
Adolph Eichmann in Jerusalem for the trial of the century. "Forty-nine years ago next Monday a certain Ricardo Klement, living obscurely in Buenos Aires, was identified by a group of Nazi-hunters as the man responsible for arranging the transport of millions of European Jews to the death camps. His true name was Adolf Eichmann. He was smuggled out of the country - illegally, but only diplomatic pedants protested - and in Jerusalem he was tried, found guilty of crimes hitherto thought unimaginable, hanged, cremated and his ashes dropped into the sea. It is all too easy to call such men evil and leave it at that, but so many questions then remain unanswered, including the fundamental one of 'How did this person come to commit such crimes?' Donald Freed's gripping drama, subtitled 'Eichman in Jerusalem, ' presents us with an attempt to understand ... The trial is still months ahead; what Freed shows us is an exploration of his state of mind by a Dr Baum ... Some people, Freed argues, will always defend their crimes by playing the obeying-orders card, which gives Eichmann's statement - 'I am guilty only in the eyes of God' - an unnervingly contemporary ring." -Jeremy Kingston, The Times "Donald Freed is a writer of blazing imagination, courage and insight. His work is a unique and fearless marriage of politics and art. I take my hat off to him." -Harold Pinter "The play's unapologetically political author, Donald Freed, has made a career of hunting out horror as well as humanity in an age that seems bent on self-destruction." -Los Angeles Times "We are in the presence of an outstanding dramatic artist, one of huge intelligence, political daring and theatrical imagination." -The Gate Theatre, Dublin.