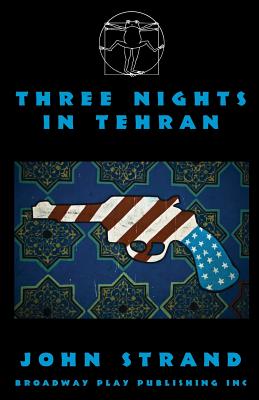 
Not On Our Shelves—Ships in 1-5 Days
(This book cannot be returned.)
A comedy about the Iran-Contra affair. "Heroic ... Sharp ... Wonderfully nuts ... The antic lunacy of a Busby Berkeley routine ... Strand's Ollie North is not just the butt of the play but its suffering hero. He's like a lawbreaker out of Ibsen, maybe a little crazy but with a genuine, shining integrity." -The Washington Post "John Strand's THREE NIGHTS IN TEHRAN is a furiously comic take on the Iran-Contra affair ... Inherently theatrical ... A farce exploring the outer limits of American diplomatic folly ... Strand's stage version of North consciously echoes elements of Othello's overzealous passion, the hubris of Plautus's braggart soldiers and a mania for damage control reminiscent of Moliere's inadvertent clowns like Harpagon and Orgon ... THREE NIGHTS IN TEHRAN excels at presenting the havoc wreaked on linguistic means by ideological ends." -American Theater Magazine.