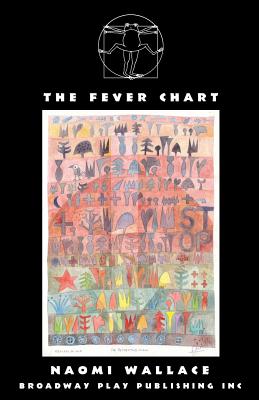 
Not On Our Shelves—Ships in 1-5 Days
(This book cannot be returned.)
Subtitled "Three Short Visions of the Middle East," this collection includes three thematically related short plays, A STATE OF INNOCENCE, THE RETREATING WORLD, and BETWEEN THIS BREATH AND YOU, collectively entitled THE FEVER CHART. Vision One, A STATE OF INNOCENCE, is set in Rafah, Palestine, and features a Palestinian woman, an Israeli architect, and an Israeli soldier. Vision Two, THE RETREATING WORLD, concerns an Iraqi bird keeper from Baghdad and his address before the International Pigeon Convention. Vision Three, BETWEEN THIS BREATH AND YOU, takes place after hours in the waiting room of a clinic in West Jerusalem, where a Palestinian father confronts a nurse's aide, a young Israeli woman, about the meaning of the loss of his son and the impact it had on her life. These multifaceted works explore the urgency and complexity of the Middle East's political landscape through the voices and bodies of the people who inhabit it. "Real political theater as I understand it: challenging, disorienting, and thought provoking." -Nehad Selaiha, Al-Ahram Weekly "Wallace refuses to judge her characters, choosing instead to explore the possibility of humanity in the most inhumane conditions. THE FEVER CHART is the best theatrical production of the year." -Joseph Fahim, Daily News Egypt "In Naomi Wallace's THE RETREATING WORLD, the ghosts are so recent that you feel you might lean forward in your seat and touch their fingertips ... THE RETREATING WORLD is the kind of short, stark and simple play that reminds us why we need theatre at a time like this, what the playwright can achieve that the journalist cannot." -Lyn Gardner, The Guardian "Extraordinarily powerful, it is a privilege to attend such a theatrically excellent event." -The Independent "Absolutely compelling theatre." -The Evening Standard "The theatrical event of my week. It brings home the meaning of war, makes it personal, refuses to let it slip into unreality ... a taut, beautifully written elegy and it reaches out to us now like a prophecy." -The Observer.