How His Bride Came to Abraham (Paperback) 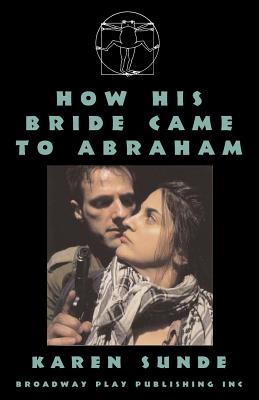 How His Bride Came to Abraham (Paperback)


Not On Our Shelves—Ships in 1-5 Days
(This book cannot be returned.)
Set in South Lebanon, HOW HIS BRIDE CAME TO ABRAHAM is a soaring love story. When a fleeing refugee encounters a soldier wounded by a roadside bomb, irresistible Palestinian and Israeli characters clash, then ignite a passion that heals. "One of the most powerful antiwar plays ever penned ... this life-altering script." -Plays International, London "Sunde's timely, gripping, and richly magical play ... this modern day ROMEO AND JULIET ... an engrossing look at how war can prematurely turn children into adults ... emotional pull of her drama ... will haunt audiences well after the end of the play ... forces beyond man might be at work." -AmericanTheaterWeb.com "A masterpiece ... no soft edges ... goes straight to the heart of the conflict ... outstanding writing, sound, direction, and acting - all the elements that make great theater." -Melissa Kleiner, Bloomberg Radio "Sunde does not take sides in the conflict, and the dialogue has a crisp, biting edge ... gripping drama ... timely romantic drama ... volatile battle zone ... vivid portraits of offstage characters and action ... cinematic thrust of the pieces summons the inspiration for a dandy film." -Variety ..". its events seem ripped right out of today's headlines ... pacifist tragedy ... a fateful night that profoundly changes them - and us. Its incisive dialogue, riveting action, and searing audience impact ... The play would likewise make a first-rate film." -Plays International, London "HOW HIS BRIDE CAME TO ABRAHAM creates an extraordinary modern pacifist myth in which a wounded male Israeli soldier and a female Palestinian terrorist experience each other's passionate hunger for their homes and rights ... it indelibly etches itself upon viewers' souls." -Contemporary Dramatists, London.