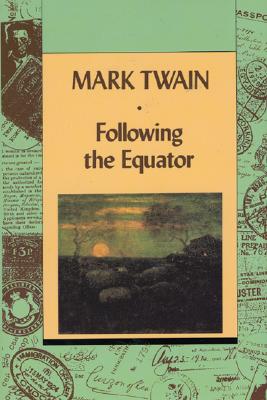 This is book number 1 in the Ecco Travels series.

Bound on a lecturing trip around the world, Mark Twain turns his keen satiric eye to foreign lands in Following the Equator. The first of two volumes, this vivid record of a sea voyage on the Pacific Ocean displays Twain's instinctive eye for the unusual, his wide-ranging curiosity, and his delight in embellishing the facts.

The personalities of the ship's crew and passengers, the poetry of Australian place-names, and the success of women's suffrage in New Zealand, among other topics, are the focus of his wry humor and redoubtable powers of observation. Following the Equator is an ecocative and highly unique American portrait of nineteenth-century travel and customs.

Mark Twain, who was born Samuel L. Clemens in Missouri in 1835, wrote some of the most enduring works of literature in the English language, including The Adventures of Tom Sawyer and The Adventures of Huckleberry Finn. Personal Recollections of Joan of Arc was his last completed book—and, by his own estimate, his best. Its acquisition by Harper & Brothers allowed Twain to stave off bankruptcy. He died in 1910.