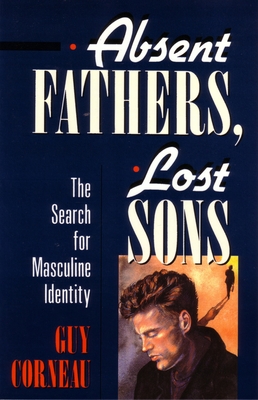 
Not On Our Shelves—Ships in 1-5 Days
A Jungian analyst examines masculine identity and the psychological repercussions of ‘fatherlessness’—whether literal, spiritual, or emotional—in the baby boom generation

An experience of the fragility of conventional images of masculinity is something many modern men share. Psychoanalyst Guy Corneau traces this experience to an even deeper feeling men have of their fathers’ silence or absence—sometimes literal, but especially emotional and spiritual. Why is this feeling so profound in the lives of the postwar “baby boom” generation—men who are now approaching middle age? Because, he says, this generation marks a critical phase in the loss of the masculine initiation rituals that in the past ensured a boy’s passage into manhood.

In his engaging examination of the many different ways this missing link manifests in men's lives, Corneau shows that, for men today, regaining the essential “second birth” into manhood lies in gaining the ability to be a father to themselves—not only as a means of healing psychological pain, but as a necessary step in the process of becoming whole.
Guy Corneau is a Jungian analyst trained at the C. G. Jung Institute in Zurich and co-founder of the Jung Circle of Montreal. He has given numerous lectures and workshops on masculine psychology.
"This is a clear and thought-provoking book, a synthesis of much recent literature on masculine identity that should appeal to a broad readership—women as well as men."—Jim Boothroyd, The Montreal Gazette