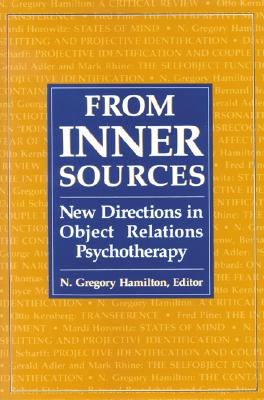 
Special Order—Subject to Availability
This volume is a collection of 14 previously published papers, chronicling a modern position on object relations theory in its clinical rather than theoretical aspects. The editor, along with a number of contributors, including Glen O. Gabbard and Thomas Ogden, are members of a group of brilliant young American psychoanalysts who are forging aggressively into fields initially explored by the British psychoanalytic adherents. Hamilton, formerly a Menninger Foundation staff member, has moved to Oregon, where he is taking a vigorous role in the education of psychoanalysts. The papers in the volume are in the main well known and written by authoritative clinicians. Hamilton's editing is excellent; he provides a useful brief rationale for each paper. After a brilliant dissertation on the whole field of object relations theory, the book's three sections cover the differences among theories and therapists and their techniques; the relationship between therapist and patient; and clinical accounts of work with severely disturbed patients. Hamilton clearly is committed to the object relations approach and takes pains to delineate how it varies from traditional ego-psychological, drive-defense approaches. He has published on this subject in the past and uses literary metaphors and intense and passionate language to convey how important he considers this particular branch of psychoanalysis to be and how different it is from the American and Freudian schools. He points out that the parallel development between object relations theory and ego psychology in the British Psycho-Analytical Institute came from the treatment of patients more disturbed than those their American counterparts were seeing, people whose primary issues had to do with difficulties in establishing, internalizing and externalizing relationships, who had problems with reciprocity and mutuality. This book will have wide usefulness both to busy clinicians and to academically oriented psychotherapists who want a collection of papers for teaching purpo.
N. Gregory Hamilton, M.D. is director of both the Adult Psychiatry Outpatient Clinic and the Medical Student Education for Psychiatry, and associate director of Residency Education for Psychotherapy, Oregon Health Sciences University, Portland, Oregon.