Edgar Cayce on the Mysterious Essenes: Lessons from Our Sacred Past (Paperback) 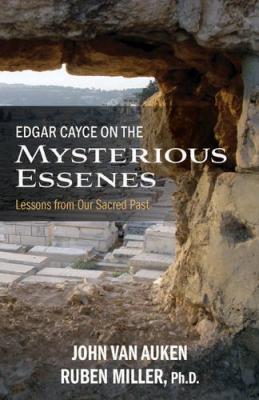 Edgar Cayce on the Mysterious Essenes: Lessons from Our Sacred Past (Paperback)


Backordered
One of the most fascinating topics found in the readings of
famed psychic Edgar Cayce (1877-1945) revealed the existence
of a sacred sect called the Essenes. His information about the
Essenes would later be confirmed by the discovery of the Dead
Sea Scrolls two years after his death.
Cayce's readings contained more than a description of who the
Essenes were and their purpose in bringing the Christ into the
earth, he gave us details about their lives and past lives Many
of these Essenes reincarnated during Cayce's time and received
readings that revealed their soulsincluding their purposes then
and now.
What can we learn from these readings and the reincarnation of
the Essenes? There is so much about our origin, our soul group,
and the purpose for which we are here on earth today in this
latest book that it is like having a manual for soul growth. Ideals,
practices, and guiding principles held by these ancient ones are
as valuable to us today as they were then.