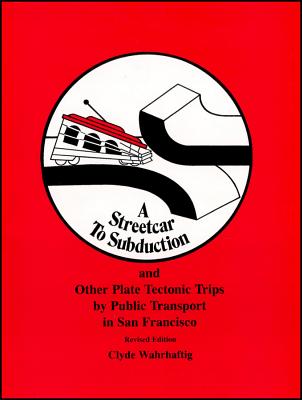 Published by the American Geophysical Union as part of the Special Publications Series.

It is hard to be unaware of the earth in San Francisco. Built on rocky hills, the city is surrounded on three sides by bay and ocean that can be seen from nearly everywhere within it. Precipitous cliffs face the city from across the Golden Gate, and the skyline to the north, east, and south is dominated by mountains. Occasional tremors from the San Andreas and related faults nearby remind us that the earth here is active. Until recently the rocks so abundantly exposed in San Francisco baffled geologists. Jumbled together without apparent order and lacking visible fossils, they defied explanation. The theory of plate tectonics has changed all that. We now have an explanation for the origin of the rocks of San Francisco, although it is anything but simple.

Clyde A. Wahrhaftig was an American geophysicist. His research included the geology of the Sierra Nevada, the California Coast Ranges, and the glaciers of Alaska. He is also noted for his many field guides to geology of San Francisco and the Bay Area.