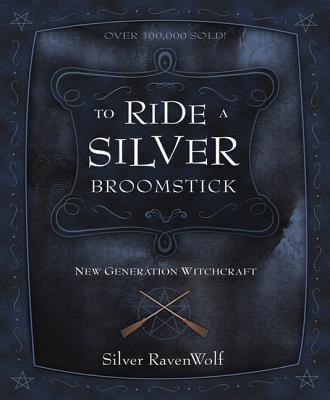 This is book number 1 in the RavenWolf to series.

Selling more than 300,000 copies, this popular guide to the Craft has been helping a new generation of Witches--those practicing or wishing to practice the Craft on their own--for over a decade. Filled with Silver RavenWolf's warmth, humor, and personal anecdotes, To Ride a Silver Broomstick introduces the science and religion of the craft.

Silver RavenWolf (Pennsylvania) is a nationally recognized leader and elder of Wicca, and her writing has been instrumental in guiding the future of one of the fastest-growing faiths in America today. The author of many books, she has been interviewed by The New York Times, Newsweek Magazine, and the Wall Street Journal, and her work has been featured in numerous publications, including Bust Magazine, the Baltimore Sun, the St. Petersburg Times, the National Review, Publishers Weekly, Body & Soul Magazine, and Teen Lit Magazine. Her titles include the bestselling Solitary Witch, Teen Witch, To Ride A Silver Broomstick, To Stir A Magick Cauldron, To Light A Sacred Flame, American Folk Magick, Angels: Companions in Magick, Silver's Spells for Prosperity, Silver's Spells for Protection, Silver's Spells for Love, Halloween, HedgeWitch, and the Witches' Night Out teen fiction series.