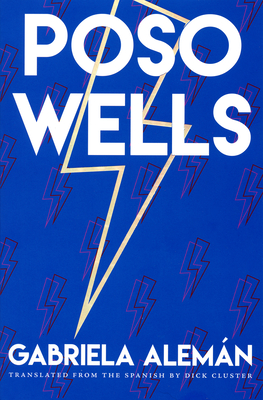 “Poso Wells explores the dichotomy between the new and old worlds of Ecuador through an exciting noir about missing women and corrupt politicians. Following a journalist’s attempt to unravel the secrets of the infinitely labyrinthine cityscape of Poso Wells, this is an exciting debut translation of a celebrated Ecuadorian author and one that should lead to more translations of her work.  ”
— Ely Watson, A Room Of One's Own Bookstore, Madison, WI

"In the squalid settlement of Poso Wells, women have been regularly disappearing, but the authorities have shown little interest. When the leading presidential candidate comes to town, he and his entourage are electrocuted in a macabre accident witnessed by a throng of astonished spectators. The sole survivor--next in line for the presidency--inexplicably disappears from sight.

Gustavo Varas, a principled journalist, picks up the trail, which leads him into a violent, lawless underworld. Bella Altamirano, a fearless local, is on her own crusade to pierce the settlement's code of silence, ignoring repeated death threats. It turns out that the disappearance of the candidate and those of the women are intimately connected, and not just to a local crime wave, but to a multinational magnate's plan to plunder the country's cloud forest preserve.

"The story is a condemnation not only of the corrupt businessmen and the criminal gangs that rule Poso Wells but also of the violence against women that plagues Latin America's real slums."--The New Yorker

"Poso Wells is ironic, audacious, and fierce. But what is it, exactly? A satire? A scifi novel? A political detective yarn? Or the purest reality of contemporary Latin America. It's unclassifiable--as all great books are."--Samanta Schweblin, author of Fever Dream

"Poso Wells is brilliant, audacious, doubtlessly playful and at the same time so dark and bitter. A truly unforgettable book."--Alejandro Zambra, author of Multiple Choice