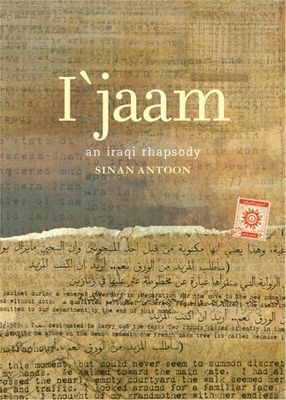 An inventory of the General Security headquarters in central Baghdad reveals an obscure manuscript. Written by a young man in detention, the prose moves from prison life, to adolescent memories, to frightening hallucinations, and what emerges is a portrait of life in Saddam Hussein's Iraq.

In the tradition of Kafka's The Trial or Orwell's 1984, I'jaam offers insight into life under an oppressive political regime and how that oppression works. This is a stunning debut by a major young Iraqi writer-in-exile.

Sinan Antoon has been published in leading international journals and has co-directed About Baghdad, an acclaimed documentary about Iraq under US occupation.

Sinan Antoon was born in Baghdad, Iraq. After the 1991 Gulf War, he left Iraq and settled in the US where he studied Arabic Literature at Georgetown and Harvard. His poems and essays (Arabic and English) have been published in leading journals and newspapers in the Arab world, as well as The Nation, al-Ahram Weekly and Middle East Report.