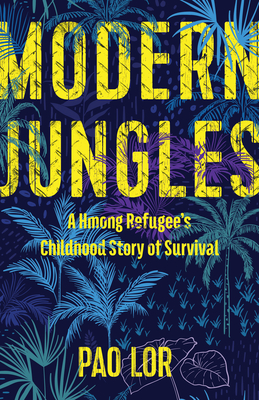 
Not On Our Shelves—Ships in 1-5 Days
As a five-year-old boy, Pao Lor joined thousands of Hmong who fled for their lives through the jungles of Laos in the aftermath of war. After a difficult and perilous journey that neither of his parents survived, he reached the safety of Thailand, but the young refugee boy’s challenges were only just beginning.

Born in a small farming village, Pao was destined to be a Hmong clan leader, wedding negotiator, or shaman. But the course of his life changed dramatically in the 1970s, when the Hmong faced persecution for their role in helping US forces fighting communism in the region. After more than two years in Thai refugee camps, Pao and his surviving family members boarded the belly of an “iron eagle” bound for the United States, where he pictured a new life of comfort and happiness. Instead, Pao found himself navigating a frightening and unfamiliar world, adjusting to a string of new schools and living situations while struggling to fulfill the hopes his parents had once held for his future. Now in Modern Jungles, Pao Lor shares his inspiring coming-of-age tale about perseverance, grit, and hope.

Included are discussion questions for use by book clubs, in classrooms, or around the dinner table.
Pao Lor holds the Patricia Wood Baer Professorship in Education at the University of Wisconsin–Green Bay, where he also chairs the Professional Program in Education. He has been writing about the Hmong American experience for many years.