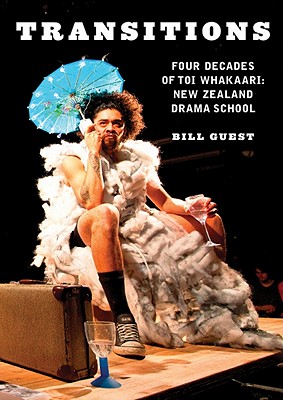 From its humble beginnings on Cuba Street in Wellington to a world-class facility in Te Whaea: National Dance & Drama Center, the journey of the New Zealand Drama School has been marked by many challenges and turning points. Told year by year, this account covers the vibrant history of a vital New Zealand drama organization from its inauguration in the 1970s to the present day. Passionately written and vividly illustrated, this book celebrates the Maori and Pakeha (non-Maori) influences that contributed to the growth and success of this multidisciplinary performing arts institution.

Bill Guest is a production and stage manager, designer, and director in theatre, television, and film. He has also developed and implemented numerous theater production courses in Australia, specifically at the National Institute of Dramatic Art, the Center for Performing Arts, and Toi Whakaari: New Zealand Drama School, where he is Associate Director.