Allah Made Everything: The Song Book (Hardcover) 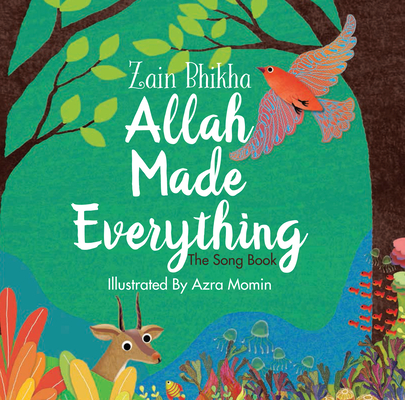 Allah Made Everything: The Song Book (Hardcover)


In Stock—Click for Locations
Allah Made Everything, the song book, is based on the lyrics of the well-loved children's song by renowned singer and songwriter Zain Bhikha. The song was first released in 2015, and together with the hit video, has become one of the most popular Muslim children's songs across the world.
Zain Bhikha has been an inspiration to people the world over since he first began singing in 1994. His uplifting songs aim to reconnect young people with the Creator and fill them with happiness. With more than a dozen albums to his name, Zain's songs have graced homes throughout the world and touched people's lives in uplifting and often profound ways. He has performed across most continents and remains amongst the most popular Islamic artists. The song-book Allah made Everything is his first book.